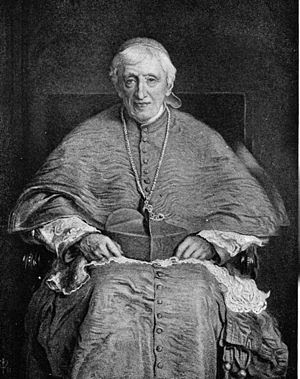 Image via Wikipedia
A Presentation made by Revd Dr David Cornick, General Secretary of Churches Together in England , to their Enabling Group on 18th September 2010, during the visit of Pope Benedict XVI to Britain, can be found on CTE's website.  It is a good read and raises a number of important issues about ecumenism in Britain today.  The article is too long to reproduce in full but I summarise it here and extract a couple paragraphs.  If you find them interesting, take a look at the full article.
... let Newman’s honesty remind us that one of the realities that underlies our ecumenical pilgrimage is that we start from different places. Those of us who are Protestants are formed by an ecumenical heritage which is about meeting together in council. It is commonly, if wrongly, dated from the Edinburgh Missionary Conference of 1910, the centenary of which we are celebrating this year. As the Protestant churches gathered in council did their theology, they perceived the unity of the church to have been given once for all in Christ, and concluded that it had been masked by the divisions of history, so the ecumenical task was to make that given unity visible.
According to Theos, most British people welcome Pope Benedict’s social teaching. Not least on economics and social research. That allows me to explore another tension in our ecumenical landscape. That is the tension between differing Christian world-views. I believe we need to do a good deal of patient work here, because there are complex things going on, and they cut across denominations, not only between them. The faultline which exposes these different worldviews runs through the role of women, gender issues and human sexuality. What should concern us ecumenically is not that Christians have different understandings of those matters. Christians also have different understandings of the role of economics, the nature of the sacraments, and beginning and end of life issues. What matters ecumenically is that we reach beyond the divisive issue to begin to understand how the worldviews that lead us to those conclusions are formed. In other words, we need to apply the same principles of listening and respectful dialogue which have done so much to heal our past misunderstandings.
That generosity has been, I believe, a significant factor is bringing about the symbolic healing of our nation after nearly half a millennium of persecution, suspicion, fear and hatred which we have been part of this weekend. It is, I believe, desperately needed not only within the church, but in English society and in the global village. I pray that together, in obedience to Christ, and empowered by the Spirit, we will have the courage to keep that light burning.