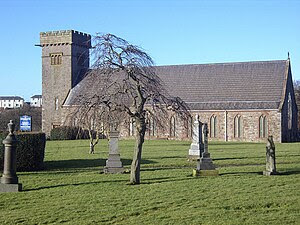 Image via Wikipedia
I have in earlier posts (starting here) covered the main ecumenical report to Conference.  Conference considered this report and a supplementary report at the debate on Thursday 7 July (this link includes a video of the debate).

The supplementary report addresses further issues around the interim report of JIC2, and some of the original resolutions in the main report have been amended or added to.


So, Conference approved a new resolution 60A/2 (replacing Resolution 60/3):


The Conference receives the Interim Report of the Joint Implementation Commission entitled “Moving Forward in Covenant”, commends it for study and directs the Faith and Order Committee and the Methodist Council to consider the issues raised in it.

This is followed by a resolution to amend Standing Orders to enable ecumenical partnerships in extended areas.  I won't copy those here as they are fairly repetitive - they're at the end of the report if you want to check them out.  I reproduce here those parts of the supplementary report that provide the rationale for the amended Standing Orders:


8. Some circuits and districts have already sought to create local expressions of the Covenant with the Church of England or establish other partnerships with partner Churches in their area. It is interesting to note that, as indicated in Moving Forward in Covenant, such a step is already being sought by the relevant authorities of the Church of England, the Methodist Church and the United Reformed Church in the geographic area of Cumbria.
9. The Methodist Church is engaged in a growing number of different types of ecumenical partnership in the various parts of the Connexion with a variety of other Churches. Some rough categories for those partnerships can be defined as follows:
(a) Church to Church (i.e. denominational) partnerships;
(b) district-wide or other regional embodiments of (a);
(c) other district-wide or regional partnerships;
(d) circuit-wide or other partnerships involving a number of local Methodist churches;
(e) formal Local Ecumenical Partnerships [of which there are a number of sub-types, and which normally have detailed constitutions].
10. In each case it is important to establish who in the Methodist Church needs to know about the partnership; who needs to approve the form of the partnership; and who in the Methodist Church in Britain is committed to what in the partnership. This has not always proved easy. There are varying levels of authority or permission for the different types of partnership in the foundational documents of the Church, Standing Orders, and Resolutions of the Conference. Irrespective of whether regulation of them is a good thing or bad thing, there are varying levels of regulation.  There are varying levels of connectedness [i.e. “connexion”] between the varying partnerships; and it is not always completely clear who in the Methodist Church in Britain is committed to what within them.
11. It is important that (without becoming over-regulatory or too bureaucratic) clarity is sought about these matters as steps are taken to implement the Ecumenical Vision Statement adopted by the Conference of 2009, with its encouragement to live in and develop ecumenical partnerships. It is also important to ensure that any such partnerships are not suffocated by additional bureaucracy, whilst at the same time ensuring that they are ‘connexional’ in the sense of being coherent across the whole of the Connexion. At the moment, Standing Orders only provide for local ecumenical partnerships (LEPs) and require that each of them has a full-blown constitution that is vetted and approved at both district and connexional levels of the Church [eg Standing Orders 334, 412 and 434]. The underlying model seems to be that of a single congregation LEP, which by its very nature requires a formal and detailed constitution.
12. The Methodist Council has therefore recommended that some minor amendments need to be made to Standing Orders to enable extended covenanted partnerships or other types of partnership over extended areas to be formed to facilitate the sharing of mission and ministry without the need for additional constitutions or extended vetting procedures. A resolution to this effect is set out below.